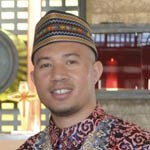 On the theme of the life after death, I have had two unique experiences with two different patients in palliative care unit at the hospital. The first one is my encounter with a woman who was dying of cancer. I asked her how she felt on the last days of her life. To my surprise, she said, she felt at peace and excited because she will soon be reunited with her late husband in heaven. I realised that she believes in heaven and life after death.

My second experience was an encounter with a dying man at the same palliative care unit. I asked how he felt on the last days of his life. He said, I don’t feel anything because after I die, I’m finished. There’s no life anymore. Nothing left. For him, after passing away, he simply disappears into nothingness.

When I heard his answer, it reminded me of a little boy whose father passed away asking Pope Francis: is his dad who was non-believer in heaven? I love the way Pope Francis answered. “God is the one who says who goes to heaven”. Pope Francis assured the little boy that a loving God would accept his father into heaven. Pope Francis emphasised more about God than heaven. And it’s true that we do not know all that much about heaven.

So, how do we understand what kind of life afterlife is like? In answering the Sadducees, Jesus does not tell us anything about heaven as such. Jesus through the Gospel this Sunday gives us the important answer: The children of this world take wives and husbands, but those who are judged worthy of a place in the other world and in the resurrection from the dead do not marry because they can no longer die, for they are the same as the angels, and being children of the resurrection they are children of God. For He is God, not of the dead, but of the living; for to Him all are in fact alive.

This answer gives us hope of what’s going to happen to us after our life. Our greatest hope is that we are to be alive forever in the love of God. When life stops, love remains. Pope Francis said, “The faith we profess in the resurrection makes us men and woman of hope, not despair, men and women of life, not death, for we are comforted by the promise of eternal life, grounded in our union with the risen Christ”.

Therefore, thinking about heaven or life after death is about union with God by having life in its fullness. This means that in my encounter with a woman on my story, to be reunited with her husband means, not to reunite in marriage, but in the relationship with God as children of God. My encounter with a man who does not believe in life afterlife gives us hope that even if we don’t know anything about what will happen after this life, only God, who is love, knows how to take care of his children after their pilgrimage on earth has finished.