No One but the Father 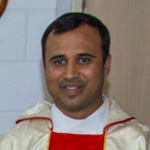 We are coming to the end of the Liturgical Year and the readings of this Sunday speak to us of the end of the world, the end of time, the final coming of Jesus to take all peoples and all creation to himself. It is a bit scary to hear the words where it says, “the sun will be darkened, the moon will lose its brightness, the stars will come falling from heaven and the powers in the heavens will be shaken” (Mk 13:24-25). What does it all mean?

One of the things that is constantly spoken about, and quite often, but not just limited to, in religious circles, is of the prophesies about doomsday, or the end of the world. People are concerned about the end of the world and quite often can be overwhelmed with this idea of our known world coming to an end. Scientists, who do research on the stars and galaxies, talk about how the universe is expanding and how one day it might collapse and so on and so forth. So, the end of the world is a reality. End of what we know of things and people is possible. Death and decay are happening every day around us, and it is frightening, especially during this time of pandemic. So, what is the intent of Jesus? Does he want to scare us? I don’t think so!

If we give a close look at the Gospel reading today, we can see how he concludes his speech on this topic, “But as for that day or hour, nobody knows it, neither the angels of heaven, nor the Son; no one but the Father” (Mk 13:32). And that is our hope!

As Catholics, and as Christians in general, we should not be worried about the doomsday prophesies. To be honest, that should not be our concern at all! Jesus has put it very clearly, “Nobody knows it … no one but the Father!” So, let us not waste our time worrying when the world will end, when Jesus will come back, when all this will take place, etc. Instead, let us live our life as God wants us to live; in love, in charity, in generosity, in honesty and above all, in faith in God who has created us and loves us unconditionally.

Will the world end? Yes. Will it end soon? We don’t know. Will I need to worry about it? No, because God is in control. And when God is in control, there is no room for us to think about when the end will come, rather we have plenty of room to think how we can make each day a joyous one. We have plenty of reasons to look after one another. We have plenty of opportunities to make this world a better place. And we have nothing but hope that God looks after us no matter what. So, let us respond to the signs of the times and be open to God’s invitation to love and leave the worry about doomsday and the end of the word to God, for “no one but the Father,” knows when it will all end and it is not our job to prophesy about it nor believe in any of those that are going around.