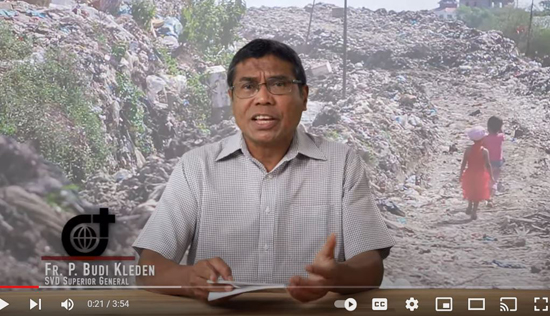 As world leaders prepare to gather for the COP26 United Nations climate summit in Glasgow, the Divine Word Missionaries are undertaking a series of local and global initiatives to help play their part in tackling the climate crisis.

SVD communities across the world are committing to Pope Francis’ Laudato Si’ Action Platform which proposes a seven-step, seven-year set of goals towards preserving and restoring God’s creation which is seen as a vehicle for all human life.

And at the local level, the SVD AUS Province has signed on to the Edmund Rice Centre’s Pacific Calling Partnership, which aims to give voice to the people of the Pacific who are being so badly affected by climate change and rising sea levels.

Superior-General of the Society of the Divine Word, Fr Budi Kleden SVD, said the SVD was committed to playing an active role in addressing climate change and he encouraged conferes around the world to take concrete action at the local level.

“Our common home is in danger. Climate change, caused by human action is linked with natural disasters that many have experienced around the world, especially the poor,” Fr Budi said in a video statement recently.

“The SVDs shouldn’t be indifferent to the destruction of the earth. Our last General Chapter makes a clear statement on our responsibility to care for nature as our common home.

“It says ‘Care for the environment is not only part of our mission, it is also part of our heritage. St Arnold Janssen believed that nature is the temple of God, into which God placed us so it would proclaim God’s existence. As transforming missionary disciples, stewardship of creation is our responsibility, expressing God’s love. This can be manifested in diverse ways: care for creation, sustainable development, eco-justice and so forth’.

“Implementing this statement we join the whole Church in the Laudato Si’ Action Plan, an initiative to realise the seven goals of this ecological encyclical of Pope Francis in the next seven years.”

“We members of the Society of the Divine Word 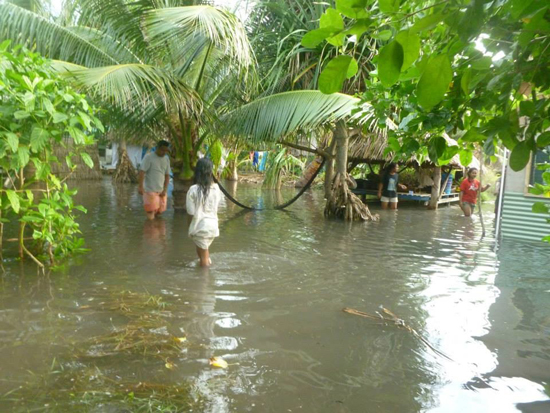 “We achieve the seven Laudato Si’ Goals through four pillars: prayer, both personal and communal; education on the ecological crisis and efforts towards finding solutions; action, a set of activities that creates a sustainable lifestyle and ecological justice; and advocacy, public efforts to promote systemic change.

“The world, the Church and our Society are not lacking in inspiring statements. Therefore the more important and more challenging part is to practice our statements,” he said.

“I would like to encourage you all to be part of this seven years journey of Laudato Si’ Action Platform.”

Fr Budi urged SVD members to dedicate the first year of the action plan, which began on the Feast of St Francis of Assisi, October 4, to the first Laudato Si’ goal, by organising a community meeting, formulating an action plan, making it public and trying to implement it.

“Let us together try to save our common home.”

The SVD AUS Province’s coordinator of Justice, Peace and the Integrity of Creation, Fr Michael Hardie SVD said the Australia Province would be taking up Fr Budi’s invitation to work towards Pope Francis’ Laudato Si’ goals.

“As the Father-General suggests, I will be arranging community meetings throughout the Province to work together on coming up with a practical action plan for caring for our common home in the Province, which includes Australia, New Zealand, Thailand and Myanmar,” he said.

“Each of those countries is facing its own effects from climate change and the Asia-Pacific in general is being badly affected by increasing intensity of adverse weather events, rising seawater affecting water supply and agriculture.

“All of this hits the poorest people the hardest.”

Aware of Australia’s influential role in the Pacific, the SVD AUS Province has also signed on to the Pacific Calling Partnership from the Edmund Rice Centre, which is an initiative to encourage faith communities, lay partners and friends to write to Prime Minister Scott Morrison urging the government to act on implementing climate change targets.

Mr Morrison, who will attend the COP26 meeting in Glasgow from October 31, last week announced his government’s commitment to net zero climate pollution by 2050.

The Edmund Rice Centre issued a statement this week saying Pacific Islanders in Australia and overseas have cautiously welcomed the Government’s commitment.

“However, they also believe that without a firm plan for more immediate action by 2030, Australia is unlikely to reach carbon neutrality by 2050,” the statement says.