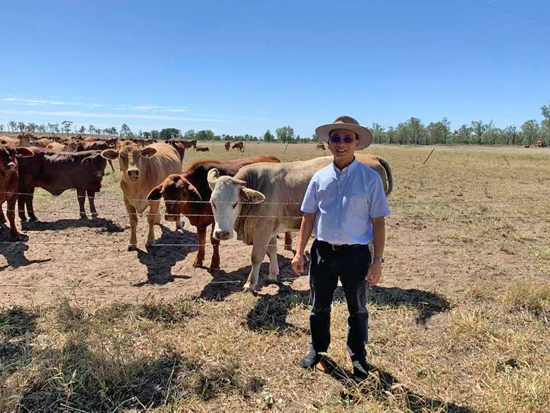 When Pope Francis encouraged priests to “Take on the smell of the sheep” by getting out and being with the people, he might not have imagined how two Divine Word Missionaries would put his words into actions by spending time on vast cattle stations in rural Queensland.

Fr Truc Quoc Phan SVD and Fr Yon Wiryono SVD  are based in Emerald in Queensland’s central highlands region, which is part of the Rockhampton Diocese, but they care for four churches at Emerald, Springsure, Blackwater and the Aboriginal community Woorabinda as well as some smaller ones.

And rather than stay put in their churches, which are situated hundreds of kilometres apart, they have both been spending time with their parishioners, many of whom live on the land outside the townships.

“It is part of our desire to be with the people, not only at church, but in their daily lives,” says Fr Truc, who is Parish Priest.

“When we go and spend time with them where they are it builds up relationship and it tightens the bond between us and them.”

Normally based in Emerald, one of the two priests heads out to Springsure every third week to say Mass on Sunday and to stay through the week.

“We have spent time on cattle properties and we also visit people in the countryside before and after Mass,” he says. 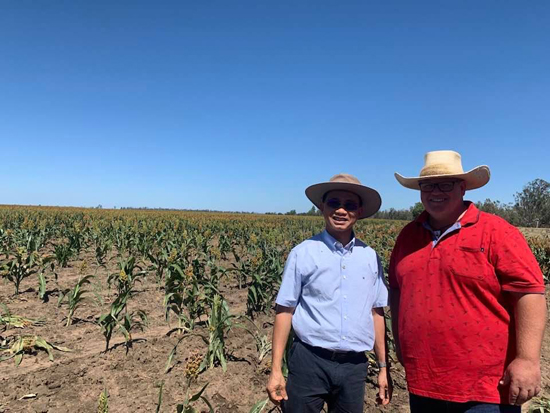 “So far we have been visiting our parishioners who come to church, but we are always ready to reach out to people, especially those who don’t have the chance to come to church.”

Fr Truc says there are plans in place to go and stay more regularly in the Aboriginal community of Woorabinda and get to know the people better.

He says when he visits the cattle properties he feels at home, but is also amazed at the vastness of the land.

“I feel at home because my family (in Vietnam)  are farmers and I’ve worked in the countryside before, in Thailand, so it brings back some old memories,” he says.

“But I’m also amazed. These farmers have 10,000 acres which is unthinkable for Vietnamese people. It’s marvellous.”

He says they have received a warm welcome from their parishioners.

“People in the countryside are very hospitable. They enjoy taking you and showing you things and I have really enjoyed being with them.”

Fr Yon, who recently spent a week in Springsure, says he has found his visits to cattle properties amazing.

“I visited five of them last week,” he says.

“It’s great to get out and see where our people live on these big properties. That’s their life. And for some of them it’s been handed down from generation to generation, so it’s all they know.

“They love the life. They don’t like living in cities. They find it peaceful out here, even though it’s hard work.” 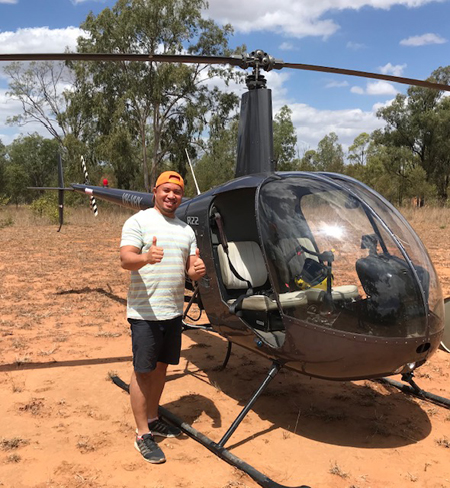 Fr Yon, who is from Indonesia, says he has been stunned at how far away the properties, which farm a mix of cattle and sorghum-growing, are from their neighbours.

“It’s pretty isolated and it’s a big business on these properties,” he says. “It’s not farming like they do it back home, where they use human power. Here, they use big machines to harvest the crops and motorbikes or helicopters to muster the cattle.

“And when we come, they are really proud to show us what they do in their daily lives.”

Fr Yon says it is good to gain a deeper understanding of how their parishioners live.

“They are our parishioners and it is good to reach out to get to know them and their struggles. There is still not enough rain out here, but they are happy and they have a strong faith.

“Some of the kids are being home-schooled but others are in Rockhampton at boarding school so that is a challenge for families too.”

Fr Yon says he has had some amazing experiences during his pastoral visits.

“I like reaching out to people and I like adventure,” he says. “I’ve been up mustering in a helicopter, which was fun, and horse-riding. 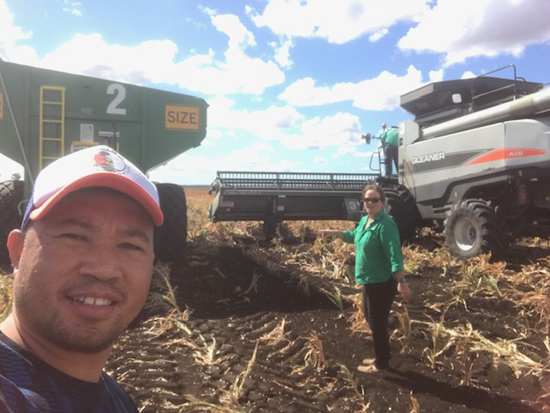 “As SVDs we see Mission in terms of presence, of being there with the people and listening to them. And the people are really good at telling stories about the land and the way of life, so it’s really interesting to listen and learn.

“We’re not so much smelling like the sheep, like Pope Francis said, but we’re smelling of the cattle.

“Then we see them again at church we know their place and how they live and that means a lot to both us and them.”

TOP RIGHT: Fr Truc Phan SVD, pictured on a cattle property in his parish, during a recent pastoral visit.

BOTTOM LEFT: Fr Yon, learning all about the crop harvest.