Summer program helps acculturate students to life Down Under 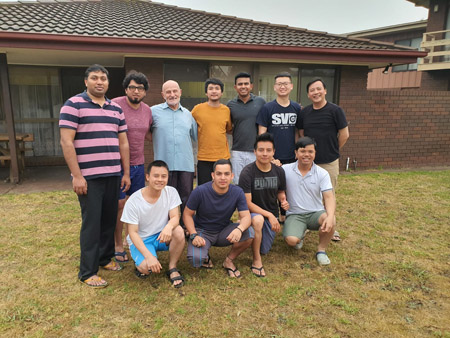 Divine Word Missionary students and newly arrived missionaries in the AUS Province have spent part of their summer taking part in an Acculturation Program to help them adjust to life and ministry in Australia.

Entitled ‘Living and Working in the Multicultural Society of Australia’, the program was held at St Leonards in Victoria and included young students from a diverse cultural background, including Vietnam, Ecuador, Mexico, Thailand, China, India and Sri-Lanka.

Coordinator, Fr Linh Nguyen SVD, says the program is a response to the last SVD General Chapter which called on each province to develop and offer all its communities workshops on intercultural competence.

“Our students come from many different cultural backgrounds and we are all living in international communities and ministries of the AUS Province,” he says.

“In order to learn a new culture, a person has to be given some basic understanding of the background, history, issues or professional standards of living and ministering in Australian society.

“This program recognises that it is not easy to enter and live in a new culture. There is a possibility of homesickness, culture shock and even conflict in ministry and community living. By entering into the culture it is our hope that one day we will call Australia ‘home’.”

The summer program aimed to broaden and deepen the student’s sense of the mission of the Church and its missionary mandate in the Australian, New Zealand, Thai and or Myanmar contexts as well as to foster and strengthen the commitment of the student’s religious and missionary vocation as a Divine Word Missionary.

It also allowed the students to strengthen their English language skills and to experience first-hand the Australian culture in a specific pastoral environment. 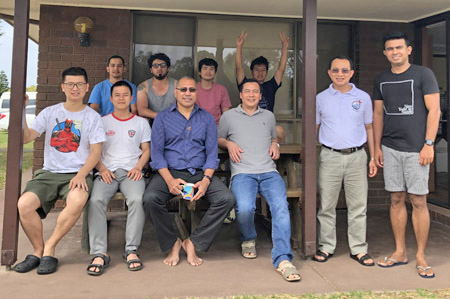 And finally, says Fr Linh, the program was designed to be fun and relaxing.

“It is held in summer holiday time in Australia,” he says. “The program is based on and connected to the spirit of summer holiday in the land Down Under. So we wanted to make it special, enjoyable, and relaxing for the students, with a lot of fun together as a group.”

Provincial, Fr Asaeli Rass SVD, who spent two days with the students during the summer program, says this type of enculturation opportunity for newly arrived missionaries is more important than ever.

“As more priests and religious arrive in Australia from overseas, the importance of providing adequate and ongoing enculturation formation has been identified as a growing need,” he says.

“Our community in the SVD AUS Province is comprised of about 82 men, including priests, brothers and seminarians in formation, from 29 different nationalities

“With this strong multicultural identity, the SVD is working with Catholic Religious Australia to share our experience in this area and to offer enculturation opportunities, not just to our own people, but to others as well.”